GET A FREE QUOTE

They filled three tables and even brought a stuffed-animal gorilla. When they found out they won, the group rose to their feet, clapping and roaring.

Gorilla Kleen, a local pressure-cleaning company, received the top honor of “Small Business of the Year” at the Greater Sarasota Chamber of Commerce' 26th annual Frank G. Berlin Sr. Small Business Awards on Friday. “Excited,” was the first word the company's president John Cloud managed to get out, moments after the announcement. 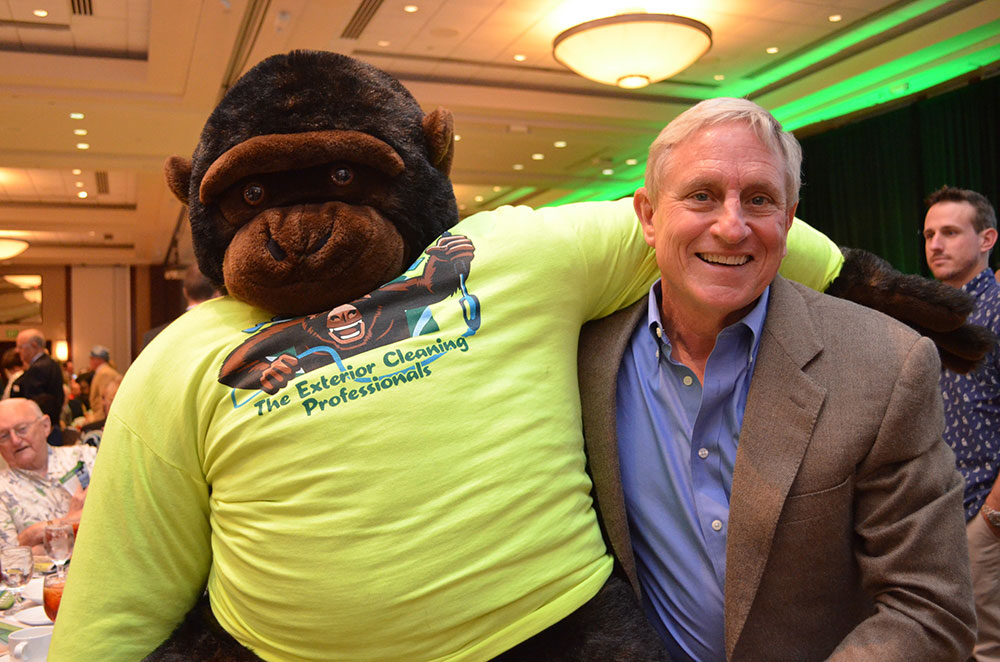 Gorilla Kleen opened in summer 2011 and employs 15 at the company's headquarters, 1663 11th St. Cloud started the business from scratch, something he said isn't easy in an industry in which anyone who buys a pressure washer tends to think they are a professional.

“Pressure washing is a low-entry business. It's hard to transcend a business model,” he said. “And to have built it up in five years to be worthy enough of Small Business of the Year ... it makes you feel validated for the seven days a week that you've been putting into it — it's like an atta' boy.”

Anyone can own a pressure washer. What is important is the knowledge that accompanies it. At Gorilla Kleen we have years of experience and know the proper cleaning solutions and techniques. Our technicians have the best equipment and training and are supervised by a team of experienced managers. Our job is to not only do an excellent job with your cleaning needs, but to also protect your valuable property while doing so.